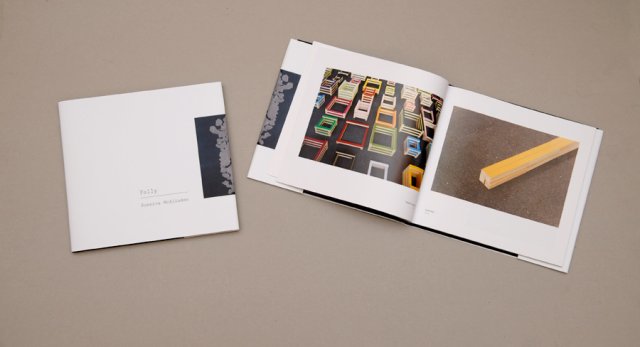 Folly, the title of the project, alludes to matters of paradoxical sense and to problems of contemporary painting.

Sunniva McAlinden is a former Professor at KHiB and the Dept. of Fine Arts from 2004 to 2012. She has also published the book "Pure and Promiscuous" in 2005.

Is pure ornament a contradiction in terms?
The publication presents an example of research‐through‐practice in the field of visual art. Folly, the title of the project, alludes to matters of paradox and problems of contemporary painting. In her introduction Sunniva McAlinden describes initial influences and reflects upon aspects of process and method. This is followed by a description of the resulting works and exhibitions. To enable reference to previous projects and supply a context in which to compare the development of Folly the artist has written about her work in general, and about significant references to minimal art and abstract painting.

In his essay Sven‐Olov Wallenstein introduces Gilles Deleuze's book "The Fold. Leibniz and the Baroque", and expands upon McAlinden's dealings with folds, folding, and folly.